The century after 535 was almost a global Dark Age: The Byzantine Empire lost a third of its population in the Plague of Justinian, Rome lay in ruins, China and India descended into chaos and civil war, and even Teotihuacán and the Maya states collapsed. Civilizations vanished entirely: the Tocharians in Asia, the Garamantians in Africa, the Himyarites in Arabia. Barbarian tribes such as the Avars and Uighurs suddenly appeared as if from nowhere. Famines and storms swept over the world. 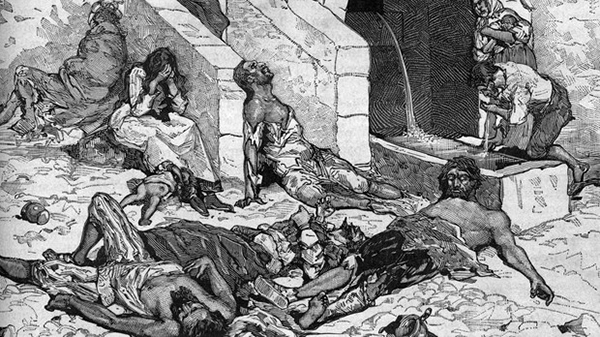 These events were aftershocks from the reality quake, the result of a global population maniacally searching for direction and order after the eclipse of their subconscious “gods,” the Anunnakku. They were the price of emerging human consciousness freed from the shackles of Anunnaku memetic control.

Some Project psychoarcheologists and ontohistorians have postulated another scenario. Research Section, Project Janus, hypothesizes that the aftermath of the 535 Ontoclysm was the end result of suddenly empowered human minds and ideas flourishing at a rate which strained the ability of the quantum-holographic structure of History A to absorb. The resulting bizarre and cataclysmic events occurred as belief systems crashed against one another in a ‘war of ideas’ that came to define History A as it is currently understood.

If this hypothesis is correct, then History A is far more fragile than previously thought, and Project SANDMAN’s mission becomes more important than ever before. Every incident that threatens History A and the Membrane could potentially blossom into an entirely new paradigm for humanity, one that might prove hostile.