The second known ETI species calls itself tuunbaq, and appears to be the basis for both the Inuit legend of the world-eater of the farthest northern reaches and the wendigo cannibal spirit myths found further south.

Tuunbaq manifest in distinctly different ways than the  visser, beginning with a far more rapid and catastrophic takeover of human physiology. In the course of OPERATION ICEBREAKER, it was discovered that the tuunbaq exist primarily as an electromagnetic signal. Its typical manifestation is as follows:

I am the Ancient and my sorrow is great. The cold wind of the far stars is the breath I draw, and my veins are as ice. I am humbled; I am reduced. But the keys of old shall yet find doors of yielding, and my fury shall find release on the cold ice and the burning sands alike, and my voice shall again be heard among the stars, and the spaces between them.

The tuunbaq have an extremely rapid development cycle – transitioning from the so-called It'a'ku'aa Liturgy to the code-name NECRONAUT stage: 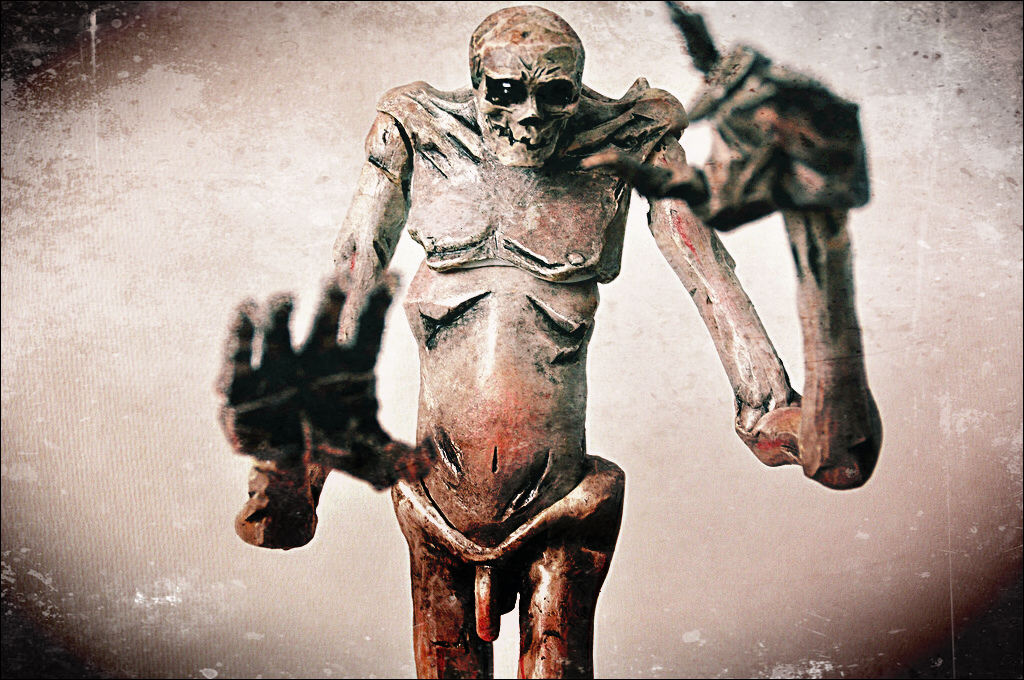 Within 48-72 hours, assuming sufficient protein (equal to approximately five times the NECRONAUT's mass) is available and that tuunbaq 'thralls' (human collaborators) do not perform an as-yet unknown procedure to halt the process, the NECRONAUT undergoes a pupal stage. During this stage, the creature's limbs and head detach and rapidly decay, leaving a limbless, decapitated torso.

24 hours after entering the pupal stage, the creature emerges from itself as a 'exquisite replica', indistinguishable from a non-baseline human without an internal examination. Replicas possess substantial intellect, charisma, and a biology compatible with humans.

It has been posited that the Caanyu tribal leaders that worship the tuunbaq may be hybridized.