Quiet cleaner/troubleshooter for the Project.

Ruthlessly well-dressed and groomed. Nails surprisingly short and unmanicured in comparison. Has something of a flat affect. Limps slightly when she’s tired.

Alexis has had a sad, lonely life for the most part. Her father left when she was four, and her mother hothoused her constantly, shaping and moulding her to become a prima ballerina. Her mother’s abusive behavior got worse as she entered puberty and started to become more independent, and it culminated in a starvation diet meant to curb her full growth, so she could remain petite and delicate like a ballet dancer should.

Alexis’ response to this was to break her own leg by shutting the garage door on it. Child protection services intervened, and granted full custody to her father. Alexis didn’t really know her father well. After all, he had left her and her mother behind so long ago. She didn’t speak to her stepmother or half-sister except when absolutely necessary. She didn’t speak to her father at all.

At a loss, her father decided to introduce her to his old kung-fu teacher. Alexis’ injury had left her with a limp, and physiotherapy didn’t seem to be helping much. Lam Sifu introduced Alexis to strength and balance exercises, teaching her the various stances of Chinese martial arts. He noted, as she learned to use her bad leg again, that her previous ballet training had given her discipline, flexibility, and unusual strength for a 14 year-old girl.

Alexis grew to love her sifu more than she did either of her parents. He was funny, self-deprecating and always humble, and the kung fu classes gave her a sense of the power inherent in her body. She was no longer a prisoner of her flesh. Lam Sifu, seeing her growing confidence, began training her in his lineage of Northern Praying Mantis style Kung Fu.

Alexis was competing nationally and internationally in martial arts competitions by the time she was 17. She entered intensive training with her sifu when she was in uni, rising at 6 to run and stretch, practicing her stances and drills until 8 AM, before running off for breakfast and a shower and classes.

She’d return to the school at 6 in the evening and spar with the other senior students and Lam Sifu for an hour, cooled down with some Tai Chi and ballet exercises, and then grabbed a late supper at the Chinese restaurant with her sifu and her fellow students before returning back to her father’s house to finish her homework. She did this three times a week and spent most of her weekends training constantly, and loved it.

British intelligence recruits quite heavily out of the university system. Not as much as they did post WWII, but tutors were still known to work as stringers, passing along the names of students they thought would do well in spy work. Alexis attracted official attention for several reasons. Firstly, she was at that point in her life one of the best martial artists in Britain but she said little about it to her peers. She was not disposed to boasting about her achievements. Secondly, she was disciplined about her training and her schooling, which boded well for the field. Lastly, the way she dealt with her mother’s unreasonable demands indicated the kind of stubbornness required for doing painful, nasty things as a means to an end. Alexis had her first job lined up straight out of uni.

Alexis entered SANDMAN’s observation after a disastrous SIS operation in St. Petersburg. She and her team were assigned, with some mercenary assets as backup, to apprehend and rendition a Chechen terrorist to the US via the UK. The Russians knew the operation was going to happen, but turned a blind eye because that terrorist cell had become more of a nuisance than an asset, in any event.

The terrorists weren’t quite human any more. They had been suborned by an exquisite replica, and had been converted halfway by repeated organ implantations. Three of Alexis’ team were incapacitated, herself included, and, two killed. One of the mercenaries escaped at her urging to alert Vauxhall to the state of affairs.

The cultists took her somewhere. She doesn’t know where. They hurt her. She was trained to expect that, and knew that she could probably hold out for several days before she broke. The cult leader warned its minions not to maim her permanently – she was its “favorite”, it told her, and he allowed her to watch the Apotheosis.

The Apotheosis was – horrific. Victims would be stretched down and cut open carefully, almost surgically. The replica would then slit its own torso open and pluck out a shiny, glistening organ with its own hands, and slip it into the abdominal cavity of his victim. The worst part of it was that it was apologetic for the pain involved the whole time.

“It’s okay,” it whispered to his victims, “it’s okay. It’s unpleasant at first, but then you’ll feel much better.” Then the fever and hallucinations started. The cultists would tend them with cool cloths and broth and aspirin, bring them back to a closer semblance of health, and then the crude sutures holding them shut would be slit open, and the process repeated again.

“You will be healthy,” the replica had told her as it stroked her hair, “and full of organs. I promise you eternity.”

The rapes and torture stopped once she had been chosen. They fed her, gave her fresh blankets each day, and she waited, and listened to the screaming in the background as her friends and colleagues were opened up and implanted with alien flesh.

Her chance for escape came when the replica was away from the cult’s compound on other business. One of the cultists thought to assault her in her cell. She bit through the flesh of his neck as he did so, tore his carotid artery out. Then she took his jacket, his knife and his sidearm, and began to kill her way out of her imprisonment.

On the way out she found her former colleagues. Two of them had died, flies buzzing around their orifices, that great gaping wound from stem to stern, their insides full of black, stinking corruption that crawled and bubbled.

One of them grinned at her beatifically from his restraints. The incision had healed completely, leaving behind nothing but smooth, flawless skin. “You look delicious,” he told her, and smiled with a new mouthful of sharp, white teeth.

Something in her broke then. She shot him in the head twice, alerting the other cultists to her location, and would have been re-captured and killed (or worse) when gunfire began sounding from the other end of the compound.

A SANDMAN team had moved in on the cult after Alexis’ failed op, choosing to attack while the cult was still busy with its new victims. It was a cold choice, but one that made sense. One of the SANDMAN agents shot Alexis with a tranq dart. They performed basic first aid and stabilized her injuries, and used a combination of drugs and memetics to block her memory.

Then they wrapped her in a blanket and left her where the backup team would find her.

She was repatriated back to the UK with all dispatch and spent a month in hospital, a week of that in the ICU. One of the mercenaries involved in the failed op, Gavin Coleman, wound up staying by her side as much as he could. He felt guilty, he told her, that things had gone wrong. He felt worse, he confessed, that he had left her behind despite her orders to do so.

The memory wiping was imperfect. Alexis would wake up screaming, and shying away from doctors or nurses checking up on her. At one point they put her in wrist restraints so she wouldn’t pull her IV tubing out. Gavin stayed. Alexis asked him why, in one of her more lucid interludes, when they weren’t drugging her into a stupor. She hated someone seeing her in this condition, hated the idea that others would know she had been weak, at all.

“I’ve been through survival and evasion training,” he told her while purposefully being vague about just where he had been trained. “I know what happens when you’re captured. I can’t judge you, and I won’t judge you, because God only knows what I would have done in your situation.” He took her right hand, closed his warm fingers around it, and she went back to sleep.

That was the first undrugged sleep she had had in the hospital, without any of the accompanying nightmares.

Vauxhall cut her loose after the failed operation ostensibly for psychiatric reasons, but she knows the truth of it. The Russians had kicked up a big stink about how obvious the cult raid had been, despite the SIS not having been behind it. Now they were under significant political pressure to find a fall girl and do something symbolic. They accepted her resignation letter, retroactive to the day she had left the ICU.
Several SANDMAN operatives had been keeping an eye on Alexis the whole time. Her incomplete memory wipe was a problem they needed to solve, and fast, before she remembered even more of her ordeal. They could simply eliminate her and disguise it as a completely plausible suicide. Or they could recruit her, given her skillset, and try to stabilize her psyche with applied memetics.

They chose the latter.

Alexis foolishly (she thinks, anyway) continued her relationship with Gavin, because he’d seen her at her absolute worst and refused to judge her for it. It wasn’t easy, not with all the psych issues she now had, and they both tiptoed around the elephant in the room that was clandestine black ops and scalp hunter work.

But he’s stayed the whole time, even when she’d insist on a relationship break every time SANDMAN called upon her. She hopes he isn’t doing this merely out of guilt, but he seems to relax more around her, and seems to take as much comfort in her presence as she does from his. 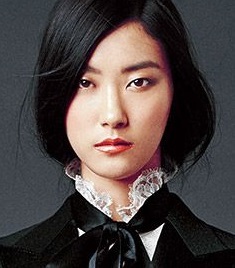